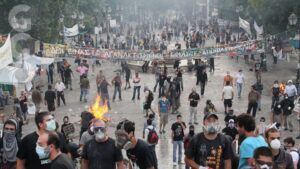 “In the Greek Chronicle Project, events and people speak for themselves.”

Greece (Hellas) is one of the most ancient cultures and revered civilizations in the world. There is no question that Hellenism has had a definitive impact on the history and evolution of humanity, and on Western Civilization as we know it today. However, the Hellenic Golden Age faded long ago. Greece’s recent socioeconomic crisis, between 2008 and 2018, revealed the tragic fate of a once great democratic state. The “Greek Crisis” reflects in a microcosm –and is a warning– of the Global Crisis that all of mankind is faced with when economies matter more than people.

In that decade (2008-2018), Greece had been like a country under siege confronted as it was with economic and social devastation. Also taking into consideration the immense Refugee crisis –that has been increasingly surging for more than a decade–, Greece was indeed in humanitarian crisis, and still is, if we also take into account the death toll and the strict measures that were enforced on the Greek population due to the Covid-19 Pandemic. Whatever blame may have fallen on the Greek people themselves for their role in the Crisis, it is, primarily, the negligent decisions and actions by all modern Greek, governing administrations –of all political parties–, that forced this nation into a state of emergency, taking a heavy toll on the very lives and livelihood of the Greek citizens. Consequently, the Greek Crisis brought worldwide disrepute to this country, to its people, as well as to the Hellenic cultural heritage.

Greece deserved a reevaluation, and the Greek people deserved a second chance, and they did what they could, en masse, –as their democratic civil rights empower them to– by taking to the streets of Athens, and other Greek cities, to express their pain and outrage against the strict socioeconomic measures imposed by the European Union and each Greek government administration that was in power during that period – for the world stage to see that they took a stand for what they felt was just. During that dark time, the Light of Hellenism found that way –the Greek people’s mass opposition against social injustice– to shine through. 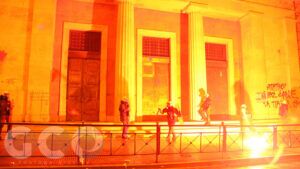 Witness the escalation of the Greek Crisis on the Greek Chronicle Project, the first of its kind “interactive web-documentary”.

The Greek Chronicle Project: Footage Archive is a documentary/Archive database, consisting of photographs and video footage documenting the Greek and Refugee crises between 2011–2016, filmed and directed by director-filmmaker Zafeiris Haitidis. The purpose of this web-project is to tell the story of the Greek Crisis through the point-of-view and voices of the Greek people, via the documentation of political events and mass reactions (mass protests, demonstration marches, violent clashes, etc.), as well as to present the Refugee crisis in Greece, to audiences around the world, especially the Greek expatriate communities globally.

The Greek Chronicle Project: Footage Archive website consists of 2.000+ unedited videos (in Greek), with over 50 hours of handheld, HD raw-footage in total, and, additionally, showcases 100 unprocessed photographs. The videos are divided into 2 Categories: the “Greek Crisis” (1.770+ videos / 46+ hours total) and the “Refugee crisis in Greece” (250+ videos / 4+ hours total). Visitors/Users of the Archive-website can watch the vast selection of Uncut (one-take) videos in their entirety, in linear sequence, by viewing chronologically one “Event-playlist” after the other; or they have the access to interact with the audiovisual database, free to make viewing choices by using several website-tools, such as: Searching by Tags, by Year (2011–2016), by Themes of Event-playlists, and through an All-Events Timeline; which are accompanied by Event-Photographs; are provided with Event-Annotations (historical-context descriptions) and video *Subtitles in different languages; additionally allowing for viewer-Comments to be made on the audiovisual material, as well as Sharing, Liking and Embedding via the website’s linked video-source YouTube channel: www.youtube.com/zafhaitidis. *(Subtitles in different languages is not available yet, except for English in certain videos.) 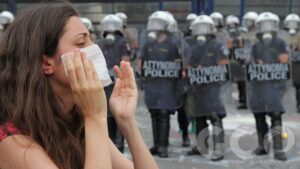 The “Greek Crisis” category consists of 95 Event-playlists (including between 10-40 videos each) of different mass mobilizations that occurred in Athens, Greece, filmed primarily, but not exclusively, outside of the Hellenic Parliament building and at the adjoining Syntagma –Constitution– square (an area of particular national/symbolic significance to the Greek people). These mass events include: antifascist rallies, general strikes, protest marches and violent demonstrations against the strict austerity measures and the Memorandums (MEFPs) imposed on the Greek citizens and foreigners residing/working in Greece; as well as other events which caused mass reaction, such as the shutdown by the government of public television (ERT-Hellenic Broadcasting Corporation) – a multitude of occurrences where Greek people autonomously created mass Movements and made a stand for social change.

– The “Featured Videos” playlist showcases edited versions of certain events, as well as videos that include stock footage from this Archive;

– The “Selected Shots” playlist singles-out certain (Best-of) clips from all Event-playlists between 2011–2016;

– The “Greek Voices” playlist is a collection of all on-camera statements –through interviews or caught-on-camera incidentally– by different Greek people;

– Τhe “Timeline” lists ALL Event-playlists in Chronological Order, so as to display the progression of events leading up to the election of PM Alexis Tsipras and the “Syriza” left-wing political party. It should be noted that, coincidently, the Timeline is chronologically-divided between three different government administrations, each lead consecutively by one of the three prevailing Greek political parties at that time, between 2011–2016, thus providing a kind of “three-Act structure” in the presentation of all events found in this interactive web-documentary: 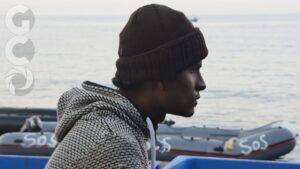 The “Refugee Crisis” category documents the plight immigrants and refugees go through as they arrive from Turkey into Greece, the migrant gateway into Europe. We witness the refugee tragedy, at the time that this footage was taken, primarily of the Syrian people, as: Boats filled with refugees coming through Turkey enter Greek waters and get rescued on Lesvos island, before being cared for at coastal and UNHCR camps; refugees being shipped off the island and housed in tents at Athens’ main port; refugees who have found their way to Victoria square in the center of Athens (in order to make personal arrangements for alternate ways to exit Greece); and refugees who are loaded to buses headed to one of the refugee hospitality centers, which look more like modern concentration camps. The “Refugee Crisis” footage was filmed, primarily, between 2015–2016, and is divided between four (4) separate locations, in three different regions of Greece:

The Location-playlists are followed by an Antifascist-Antiracist Rally that took place in Athens in 2017, one of the most massive antifascist/pro-refugee mobilizations to ever occur in Greece. 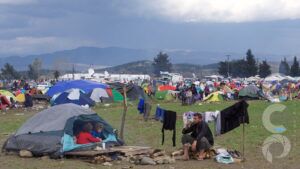 Footage from this audiovisual database has been broadcast by media news groups and has been incorporated in short and feature films, and documentaries, by local and international production companies and networks (National Geographic Studios, BBC, Arte, National Film Board of Canada, among others). In April 2012, a series of 10 edited videos from this footage Archive –shot by Mr. Haitidis during 2012, at the peak of social turmoil caused by the Greek Crisis– officially participated as the Greek entry and were presented at the international exhibition, “7th Berlin Biennale for Contemporary Art 2012”, as part of the project, “Breaking the News”, organized by KW Institute for Contemporary Art (Berlin, Germany).

In 2014, Mr. Haitidis was Second Unit Director / Cinematographer in the independent American film, “Promakhos” (aka The First Line), which dealt with Greece’s claim for the Parthenon Marbles. Footage he filmed of the protagonists in a real protest in Athens (6th December 2013, memorial day of Alexis Grigoropoulos, a youth killed by Greek police) were intercut with footage from this Archive and were incorporated in the final film, giving the impression that these fictional characters were present at the actual events that took place in Greece during 2011 and 2012.

The completed Greek Chronicle Project: Footage Archive had its World Premiere on January 2018, at “Hellas Filmbox Berlin” film festival, and held its Greek premiere at the 2018 “Thessaloniki Documentary Festival”.

Website visitors and industry professionals are now able to view and choose through a chronological digital archive of video-documented events, between 2011 and 2016. Photographs are in high resolution and video footage is in high definition quality (full HD). Photographs and video footage are available for licensing, as stock footage, for use in web, TV, film and documentary productions. 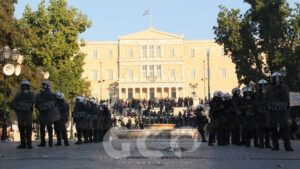